Herniated discs are a very common source of very difficult neck and back pain. Herniated discs are also the endpoint of a prolonged process of degeneration. Most herniated discs do not happen as a result of a single acute trauma. They typically happen as the end result of a small trauma, superimposed upon pre-existing degenerative changes to that disc. The aggregating, degenerative changes make the disc vulnerable to a final small trauma, which can result in the final herniation of that disc. Thus, opting for chiropractic decompression for herniated disc is one of the safest solutions.

As background, you should know that the spinal disc, which exists between each of two consecutive vertebrae, above and below, is made up of 12 to 25 tough, fibrous, concentric layers of connective tissue that encircle and enclose a central nucleus, that acts like a sponge, has the consistency of crab meat, and imbibes, i.e absorbs water. The outer layers are called the anulus fibrosus. The inner component is called the nucleus pulposus.

Over time, beginning in childhood, the inner-most layers of the encircling, outer layers of disc begin to tear, and these tears accumulate and extend from the inner layers of the disc, and radiate out, toward the outer part of the disc. Early in the process, there is no perceived pain from this degenerating process because there is no nerve supply to the inner part of the disc. As a result, children, teenagers and adults become accustomed to doing things with their bodies that are injurious and yet they don’t feel it, so they don’t learn the sorts of activities that are injurious to a disc. That means that when we’re younger we learn to do injurious things without learning that they’re bad, and we continue to do those activities until we become injured to the point of pain, i.e. symptomatic, typically in early or later adulthood. Sometimes the eventual herniation happens as a result of a very simple physical demand such as prolonged sitting, or sitting on the floor, or bending over for a prolonged period of time, or even bending over just once. When this happens it may seem perplexing, because we’re so accustomed to doing these things without any pain. But it is the understanding of the long, antecedent history of quiescent disc degeneration that provides a true understanding for this process.

We define the eventual disc herniation as the extension of disc material beyond the borders of the boney vertebrae, above or below the disc. This disc herniation may include several types of tissue, including the outer anular fibers, the inner nuclear fibers, the cartilage endplate, and even bony components of the vertebra.

Thankfully, the natural history of disc herniations is to get better with time. There are many people who experience disc herniations that are small and resolve on their own, without the necessity of physical therapy for herniated disc. On the other hand, it is also true, that disc herniations can be extremely painful and persist in provoking pain for many years. In such cases, you will require medical treatment that may include chiropractic, physical therapy, pain management or surgery.  Disc herniations can be inferred from the person’s history of pain, including the distribution of pain, as well as from MRI imaging. Disc herniations typically give rise to pain that extends down the arm or down the leg. Herniated discs, as a source of pain must be distinguished from what we call referred pain. Referred pain is a certain distribution of pain in your neck or shoulder or back or leg that is caused by a less extensive problem of the disc, and or joint, that does not radiate pain as far as a herniated disc typically does, because it is not yet pinching a nerve.

The way most herniated disc treatment providers in Decatur GA begin treatment, almost all of the time, is with a trial of conservative, i.e. non-surgical treatment. This could include exercises or chiropractic adjustments or pain relieving modalities. In my 33 years clinical experience in orthopedics, physical medicine, physical therapy, chiropractic and neurosurgery, I have found spinal decompression treatment and chiropractic decompression for herniated disc, such as I have provided for the last 14 years, to be the most clinically effective means of improving disc herniations without the need for surgery. There are occasions, probably about 5% of the time, when I need to refer people for epidural steroid injections because I can’t help them sufficiently. This is much less frequently than most doctors do, because I provide a more effective non-surgical alternative in the way of spinal decompression treatment.

Of course, there are occasions when I refer people for surgery as well. The objective of all providers should be to provide the best nonsurgical alternatives to try to avoid surgery. Every provider pays this objective lip service, but most don’t provide spinal decompression treatment, which in my experience is the most effective alternative. Chiropractic decompression for herniated discs can bring remarkable improvement in the condition of the patients. In fact, about 80% of the time, the first time I treat a patient they will get some relief.  Absent the use of this alternative, many more people will end up getting injections and surgical treatment.  Other treatments, like physical therapy or conventional chiropractic, in my experience, do help as quickly, or as much, as spinal decompression treatment.  The rationale for pain management, i.e. epidural steroid injections is to provide an injection of corticosteroids near the site of the pinched nerve, or inflamed tissue, to reduce the inflammatory component of the pain. If this doesn’t suffice, surgery may be necessary.

When is Surgery for Herniated Disc Necessary?

Although physical therapy for herniated discs can be effective, there are a large percentage of patients for whom standard physical therapy, will prove totally ineffective.  I can usually help these patients avoid pain management and surgery.  As for surgery, I probably have to refer about 2% of patients for surgery, because they don’t improve enough or treatment, non-surgically, is contra-indicated.  There is also a tiny, rare subset of patients with disc herniations, which causes a rare entity called cauda equina syndrome, which requires immediate surgery. Cauda equina syndrome involves severe, progressive loss of motor function and may involve loss of bowel and bladder control. This is a rare, complication of disc herniation – usually a massive herniation, which requires immediate surgical decompression of the nerve root so as to protect the nerve function for the future. Thankfully, this is a very rare entity, occurring in less than 1% of disc herniations. 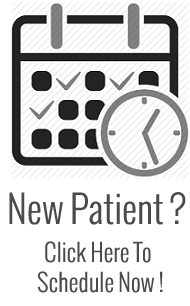 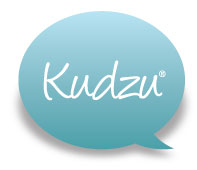